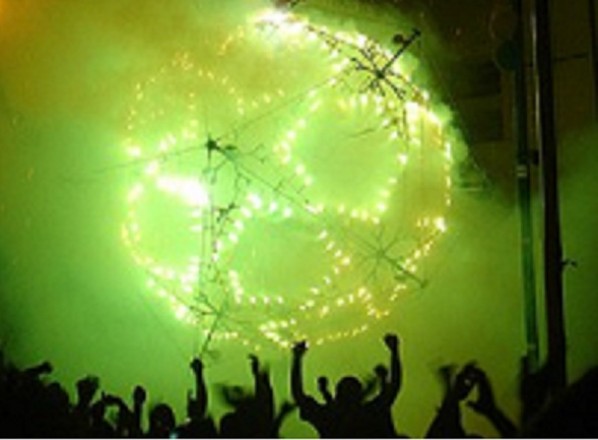 He might have crossed the fine line between audacity and folly. Yet it went well and now we can watch him jump out of a plane and fly through a narrow cave in a wing suit. Wow!

The dream of every man. You know your abilities but no one else seems to recognize them. Why not put them on display on YouTube and show the world. There might even be a brand new NFL contract waiting for you! Havard Rugland made his day!

We all know the importance of aerodynamics in Formula 1. But how does it really work. Where does the air flow? Look at this!

And finally, evidence from one of the greatest German weeks in Champions League history. We cannot watch this often enough!