Those Were the Days

Even today, Spa Francorchamps is one of the greatest tracks in F1. However, when thinking about the old days it becomes clear how much has really changed in the sport we all love so much. 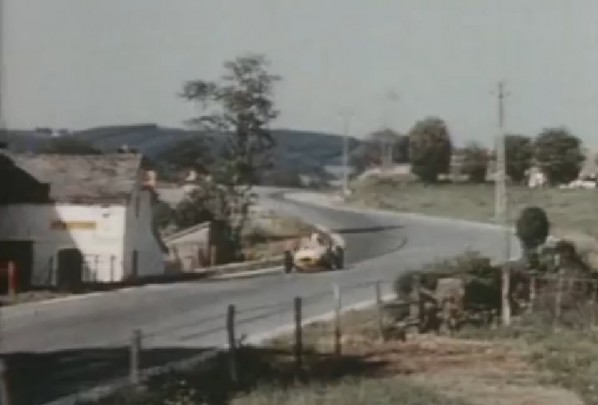 The Masta Kink at the old Spa Francorchamps

The old Spa Francorchamps was openend in 1921 and the first car race took place in 1922. Similar to Le Mans, the course used public roads between Spa, Malmedy and Stavelot. It allowed for very high average speeds and was extremely popular among drivers and spectators from the beginning on. The old circuit had a total length of 14.1 kilometers and the complete lack of safety modifications made it resemble the everyday civilian use of a town road. After several fatal accidents, it turned out to be one of the most dangerous tracks of the time and was dropped from the F1 schedule. In 1983, Spa came back to the world of F1 in a tamed version of half the original length.

In this short video, Martin Brundle takes us back in time for a tour of the old track:

The old track was lined with buildings and because of its straights would allow for much higher speeds than the current circuit. Its characterizing feature was the Masta Kink, one of the most fearsome sections on any race track in the world. Wikipedia describes it well: “After a long run from Malmedy, the cars would reach top speed before having to negotiate Masta, a high speed left-right chicane, and a good exit speed was vital as it was followed by another long straight run to Stavelot. This was a very fast and very dangerous corner because it was situated right in the middle of two very long unbroken straights both about 1½ miles long (2.4 km).”

Martin describes beautifully what was necessary to master the Masta: “Don’t lift the throttle; it was one of these corners where maybe once or twice in a weekend you could get it absolutely flat out. Build up to it, beat the corner, be in charge of the car, control the drift and the slide. I’ve taken many risks in a racing car, but it seems inconceivable they would turn up here flat out and keep the throttle wide open.”

The esprit of the old times in Spa is also wonderfully captured in this documentation of the 1958 Grand Prix:

Back to the old days?

The old Spa is a perfect signification of the old F1: highest speed, rain, tracks lined with trees and buildings, no seat belts, no safety, no medical support and spectators sitting right to the track, relaxing in deck chairs. More than today, what you needed here was skill and bravery in equal measure. The drivers must have been terrified before every lap, but still managed to overcome their fear each time.

The old times are gone forever. And it is for the better, because the tremendous risk and subsequent loss of lives were unacceptable. However, leaving this era behind us came at a price. Sir Sterling Moss puts it his way:  “There’s so much more to racing, when it’s dangerous, because the exhilaration of success is far higher.” That may just say it all: if it isn’t dangerous, it’s not racing.